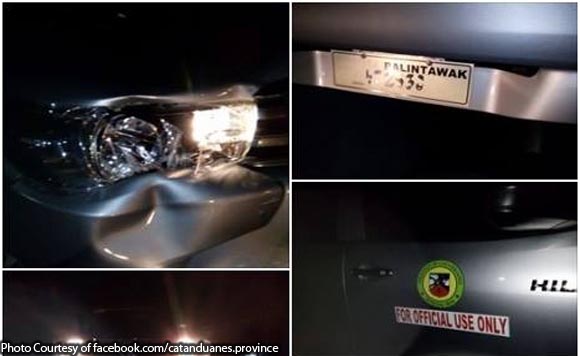 It started when an FB user named Biench Carlson posted photos of a government vehicle that was involved in a road accident on a Saturday night. Carlson insinuated that something was irregular, since there was no government work at that time.

To his credit, Cua owned up to the vehicle. “The car you’re referring to is the back-up service car assigned to me.”

However, Cua went on to differentiate himself from the normal public employee.

“Tama ka na ang government car should be used during office hours only (e.g. NFA, LTO, LTFRB and so with the rest of government agencies including LGUs like us). In my case, I am not an employee but an elected official and my duties call for me to serve 24/7, beyond office hours. Pribelihiyo kong gamiton ang sasakyan na ini,” he wrote.

Cua certainly got his point across.