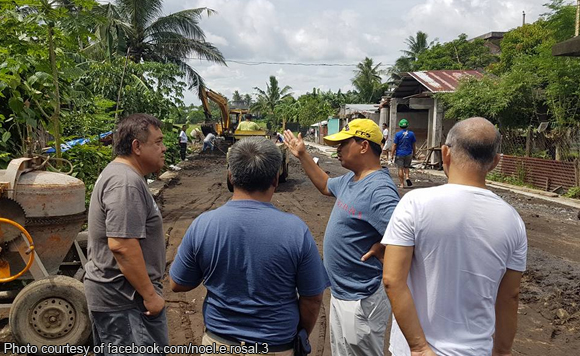 The cart has been placed behind the horse, as it should, as far as this development project in Legazpi City, Albay is concerned.

On Saturday (November 5), Mayor Noel Rosal inspected the newly opened North Road in Legazpi which is expected to ease traffic in the area once SM Legazpi, among other things, opens for business.

Rosal said North Road will serve as an alternative highway to both Benny Imperial Road and Mely Roces Road.

“It’s a 20M grant from the natl govt.we are still planning to open more like the south rd. on the other side and 2 more in that area.we really have to plan ahead now.hopefully land owners will cooperate for their good and our city in general,” the politiko said in a Facebook post.

“It will enter beside san miguel warehouse and exit either sunrise subd.and cruzada area already,” he further noted.

Rosal said the mall created at least 700 new jobs for the city.