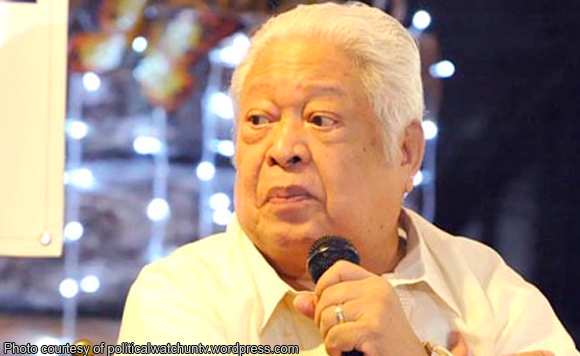 Better for an independent commission to probe cases like that of Albuera, Leyte Mayor Rolando Espinosa, Sr.’s death than a bunch of biased lawmakers.

Albay Rep. Edcel Lagman gave this statement amid the Espinosa controversy even and he asked President Rodrigo Duterte to form an independent body.

“When a person who is in prison pending his prosecution for an unbailable crime, like Mayor Rolando Espinosa, Sr. of Albuera, Leyte, is summarily executed in his own cell, then the projected reimpositon of the death penalty is a useless formality,” he said.

“President Rodrigo Duterte must forthwith create an independent commission of retired jurists to investigate and recommend the prosecution of those found to be culpable for the unabated extrajudicial killings (EJKs).

“The task should not be discharged by a legislative committee where the impartiality and independence of its members are compromised or imperiled by political accommodation and differing partisan agenda,” noted the Bicolano solon.

Lagman is part of the so-called “legitimate” Minority in Congress which is often at odds with Duterte policies.

It should be noted that the legislature is dominated by members and allies of Duterte’s party, PDP-Laban.

Lagman’s group had raised alarm over the spate of EJKs in the country, which have been linked to the administration’s all-out anti-illegal drug campaign.

Duterte had earlier identified Espinosa as a narco-politiko.