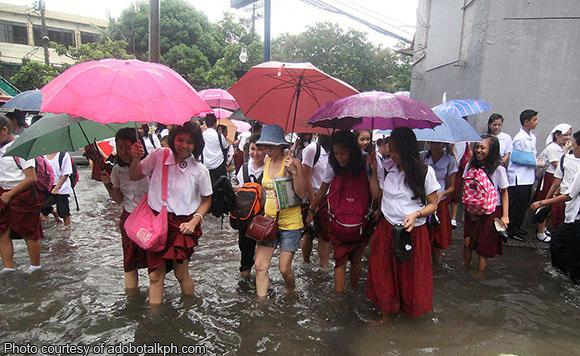 Up to four local government units (LGU)s in Sorsogon province were forced to suspend school classes Friday (November 4) due to the effects of the existing Intertropical Convergence Zone (ITCZ).

Heavy rains caused by the ITCZ in the region during the past 24 hours have resulted in flash floods.

The public and the disaster risk reduction and management councils concerned have been advised to take appropriate actions and monitor the weather condition.