Classes suspended anew in Castilla, Sorsogon due to floods 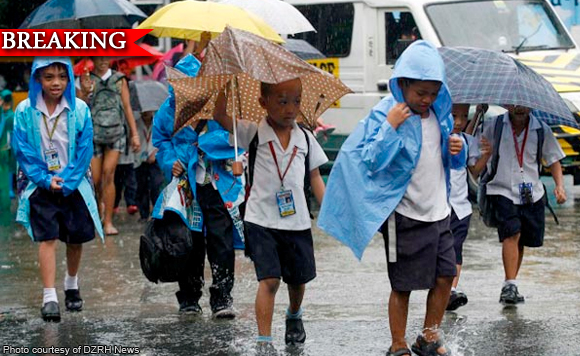 The municipal government of Castilla, Sorsogon has suspended classes in all levels for a second straight day due to heavy rains and flooding.

“Due to heavy rains again this very early morning, high risk for flooding in flood-prone areas and for reasons of public safety, public welfare and public health, as Local Chief Executive, I issued another EXECUTIVE ORDER with Number 11 #EXTENDING SUSPENSION OF CLASSES IN ALL LEVELS (ELEMENTARY, SECONDARY, AND TERTIARY) TODAY NOV 4, 2016,” read a Facebook announcement from Mayor Joan Lorenzano-Aquende.

Aquende said the decision was reached after consulting with the Municipal Disaster Risk Reduction office as well as the captains of affected Barangays.

A “severe” flood advisory was earlier hoisted in the Bicol region due to the rains and flash floods.