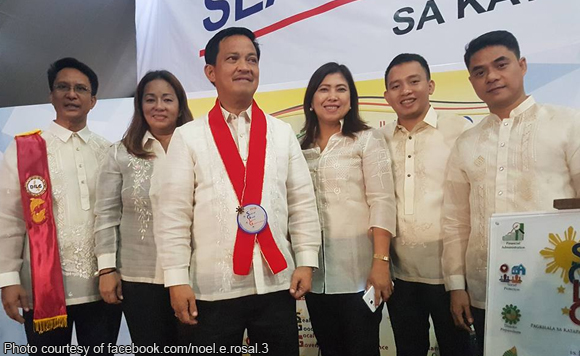 His source of confidence? A handsome plaque from the Department of Interior and Local Government (DILG) which named Legazpi as a Seal of Good Local Governance Award (SGLG) winner this year.

“The SGLG award will inspire our investors to do more business in the city,” Rosal was quoted as saying in a Bicol Mail report Thursday, November 3.

Rosal said the SGLG award is the highest recognition given by DILG to an LGU in its performance in the areas of financial administration, social protection and disaster preparedness.

He said the three other criteria in the award include business friendliness and competitiveness, peace and order, and environmental management.

Legazpi was one of only four cities in Bicol to be granted the coveted seal this 2016. The others were Ligao, Masbate and Sorsogon.

One can say that the Albay capital is already in a business upswing: The Gregorian Mall, a private-public partnership (PPP) project, just opened it’s doors last week. SM City Legazpi is also in the pipeline.