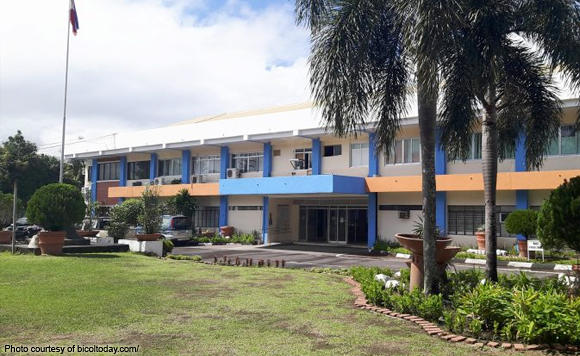 0 682
Share
Want more POLITIKO News? Get the latest newsfeed here. We publish dozens and dozens of politics-only news stories every hour. Click here to get to know more about your politiko - from trivial to crucial. it's our commitment to tell their stories. We follow your favorite POLITIKO like they are rockstars. If you are the politiko, always remember, your side is always our story. Read more. Find out more. Get the latest news here before it spreads on social media. Follow and bookmark this link. https://goo.gl/SvY8Kr

Is there corruption hounding the Department of Public Works and Highways regional office in Bicol?

Rodulfo also linked Tangudando to irregularities in appointments and selections of officials in the regional office.

Bicol Today said it could not immediately reach Tangudando for comment.

He lodged administrative and criminal complaints against Tangudando before the Ombudsman.

Also, he lodged a complaint against DPWH administrative officer David Isabelo Alvarez over the appointment of an outsider lawyer Felix Brazil, and two engineers, Marilou Sariba and Cornelio Relativo Jr.

On the other hand, he claimed corrupt officials from the Bids and Awards secretariat and Technical Working Group have resorted to a rigged bidding.

He urged DPWH Secretary Mark Villar to order an immediate audit of the fees received by the Quality Assurance and Hydraulic Division from contractors for material testing by the Internal Audit System.