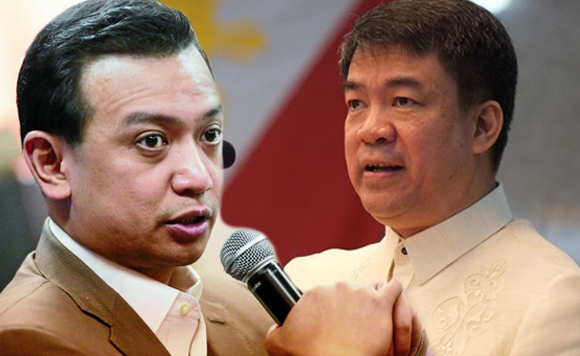 Trillanes, who has been slamming his colleagues for their blind loyalty for President Rodrigo Duterte, hinted that Pimentel still has spine.

“He was able to redeem himself when he defended Sen. De Lima from the persecution of the House of Representatives. Kumbaga, kahit papaano I’m not losing hope yet kay Sen. Pimentel,” Trillanes told ANC in an interview.

The former Magdalo soldier was referring to the time Pimentel spoke against the plan to show Senator Leila de Lima’s alleged sex video in a House inquiry.

Pimentel did so as president of PDP-Laban. The party currently rules the legislature.

Duterte and Pimentel are party-mates.

Earlier, Duterte claimed that De Lima was part of a small group of people that runs the illegal drug business within the New Bilibid Prison.