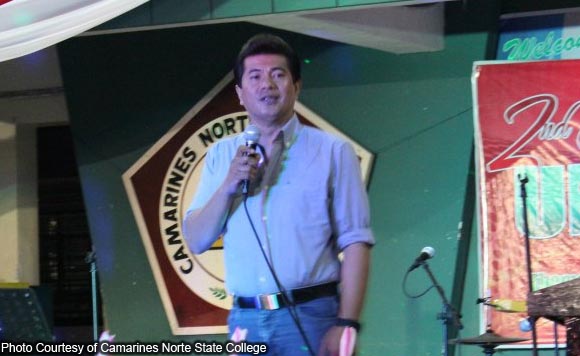 Camarines Norte 1st district Rep. Renato “Jojo” Unico Jr. has sought the help of vice mayors all over Bicol to help spread the word about the federalism.

Unico made the move during a General Assembly last October 26 even as he underscored President Rodrigo Duterte’s vocal push for a federal parliamentary type of government from the current presidential bicameral system.

The politiko said that the Bicol region must understand what federalism is.

As such, Unico, in his capacity as Committee on Bicol Recovery and Economic Development chairman, invited the vice mayors and other government units in Bicol over to Congress once sessions resume next week.

Unico said that explaining the salient points of federalism must be done on a Barangay-to-Barangay basis.

He also raised the possibility that the province of Masbate might get left out of the proposed state of Bicol should the federal system roll out in 2019. He said that Masbate’s possible exclusion in the Bicol state is solely due to geographical situation.

Aside from Camarines Norte and Masbate, the other provinces in the currently recognized Bicol region are Camarines Sur, Albay, Sorsogon and Catanduanes.