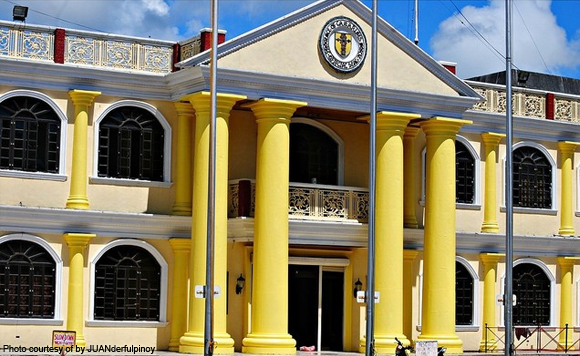 Not one but two “governors” were on hand to receive the Camarines Norte provincial government’s Seal of Good Local Governance from the Department of Interior and Local Government (DILG) last October 27.

This, after suspended Governor Edgar Tallado and Acting Governor Jonah Pimentel attended the awarding ceremony together at Sofitel Hotel in Pasay City. The two politikos even had their photo taken on stage for posterity.

On hand to personally give the coveted seals was DILG Secretary Ismael Sueno.

Pimentel, in an interview with Brigada News FM Daet, underscored that a mere 300 local government units (LGUs) were given the good governance seal out of the 1,600 LGUs in the country.

Save for Camarines Norte, only Sorsogon and Catanduanes were awarded the seal in the Bicol region (Region V) as far as provincial governments are concerned.

The DILG award recognizes the LGUs for their efficient handling of finances, readiness to respond to calamities and assist its constituents, competitive local commerce and protection of the environment, among other things. #