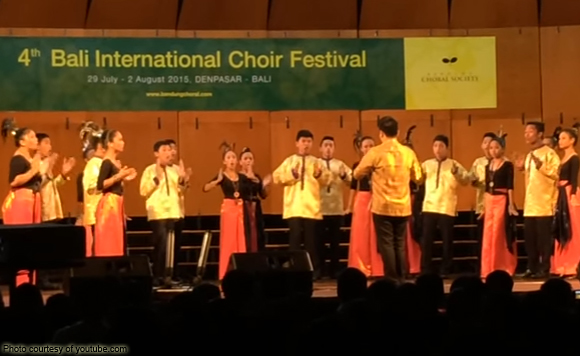 This group of “Oragon” singers just bested chorale groups from four other countries to win the grand prize in the 2016 Busan Chorale Festival and Competition earlier this month.

According to a Bicol Mail report, the contest took place at the Busan Cinema Center in Busan, South Korea from October 18 to October 20.

Already on its 12th year, the Busan Chorale Festival and Competition is said to be one of the most prestigious chorale festivals in the world. Singers from Korea, Japan, Indonesia, and Taiwan also competed in this edition of the event.

The annual festival is described as a “wonderful cultural musical exchange of international choral music”.