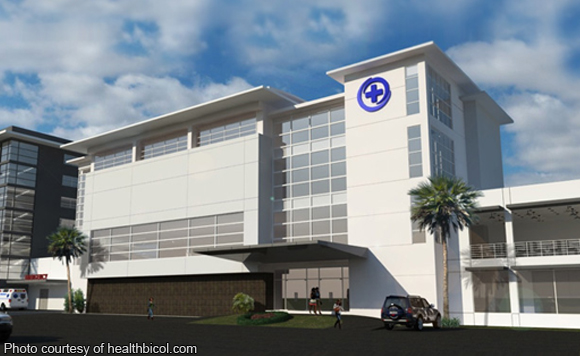 0 649
Share
Want more POLITIKO News? Get the latest newsfeed here. We publish dozens and dozens of politics-only news stories every hour. Click here to get to know more about your politiko - from trivial to crucial. it's our commitment to tell their stories. We follow your favorite POLITIKO like they are rockstars. If you are the politiko, always remember, your side is always our story. Read more. Find out more. Get the latest news here before it spreads on social media. Follow and bookmark this link. https://goo.gl/SvY8Kr

Government hospitals in Region V have been told to prepare for any eventuality even as Filipinos once again make their annual diaspora to the provinces in efforts to honor their dead.

From October 30 to November 2, state-run hospitals in Bicol will be placed on “code white alert,” a PNA report bared on Thursday, October 27.

The period covers the traditional observance of All Saints’ Day and All Souls’ Day, which in Filipino is called “Undas”.

“During this period, hospital personnel, such as general and orthopedic surgeons, anaesthesiologists, internists and nurses will be ready to respond in any emergency situation,” regional health official Ken Nuyda was quoted as saying.

Nuyda said the health department’s Health Emergency Management Bureau Operation Center will continuously monitor health-related events during the period and will be closely coordinating with other agencies, such as the Philippine National Police (PNP) and Bureau of Fire Protection (BFP).

He said they did not participate in the “Lakbay Undas Assistance Centers” with the PNP and radio groups stationed along the highways since they intend to keep their personnel at the hospitals and at the operation center at their regional office in Legazpi City, Albay.