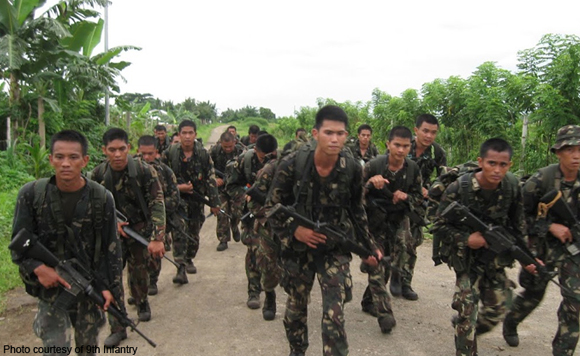 Armed Forces of the Philippines (AFP) soldiers are allegedly using “OPLAN: Tokhang” as an excuse to resume militarization of towns in Masbate.

This was the cry of some 3,000 peasants and other local folk who carried out a picket caravan last Tuesday, October 25 at the municipality of Cawayan.

“The Masbateño caravan protesters demand that state forces return to their barracks, saying that their presence violates the unilateral ceasefire declaration between the Philippine government and the National Democratic Front of the Philippines (NDFP),” read a Bicol Today article about the demonstration.

The picketers were mostly composed of victims of militarization in the provision.

Apparently, the soldiers now have a novel ploy: they claim that their presence has to do with OPLAN: Tokhang, or the Duterte administration’s door-to-door initiative in seeking out drug offenders.

“Nagpasabot yun na ang hinahanap nila droga.(They tell us that they are looking for drugs),” farmer-picketer Carilo Mujeres was quoted as saying.

Mujeres pointed out that they don’t even have money to buy pesticides for their crops, let alone drugs. “The presence of AFP troops in barangays is additional burden to us especially this harvest session,” he said. #