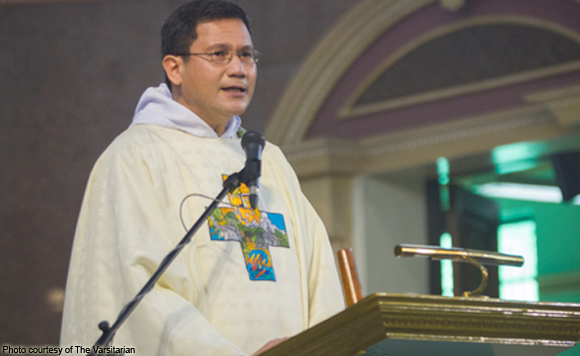 A priest from the University of Santo Tomas (UST) who traces his roots to Daet, Camarines Norte has condemned the continued spate of alleged extra-judicial killings (EKJs) in the country.

Fr. Gerard Francisco Timoner III, O.P. reckoned during a meeting at San Carlos Seminary in Makati City last October 15 that the EKJs contribute to the worsening situation in the Philippines.

More specifically, Timoner said the mounting number of killings only further the spiritual torture of those carrying out the bloodbath.

Timoner, a member of the Vatican’s International Theological Commission and Vice-Chancellor of pontifical UST, noted that these actions aren’t in accordance with the teachings of God.

Records show that since the administration of President Rodrigo Duterte began last July some 3,300 drug suspects have already been slain. More than half of the figure is alleged to be vigilante killings.

A Camarines Norte News report said that Timoner is the second high-ranking Domican priest to speak out about the issue on EJKs following UST Rector Fr. Herminio Dagohoy, O.P. statement last month wherein he called for more focus on the rehabilitation of drug offenders.