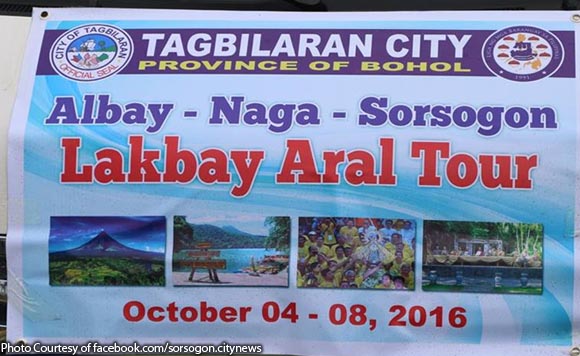 Liga ng mga Barangay members from Tagbilaran City, Bohol were wowed and inspired during the Sorsogon leg of their “Lakbay Aral Tour” earlier this month.

No less than Sorsogon City Mayor Sally Lee welcomed and toured the visiting barangay captains around the City Hall upon stepping foot on the second-class component city, which also serves as the provincial capital.

The Liga members were particularly impressed by the size of the Session Hall where the City Council does its work.

While at the Session Hall, Lee fielded questions from members regarding her local programs like the “Character City”, “Organic City” and “Pro Life City”.

According to one of visitors, Poblacion, Tagbilaran Barangay Captain Odysseus Glovasa, the lady politiko’s programs were so good, they deserve to be emulated.

Because of the warm reception they received, and a sign of gratitude, the village captains invited Lee over to the city of Tagbilaran.

The Liga’s Lakbay Aral, which also covered Albay and Naga, took place from October 4 to 8.