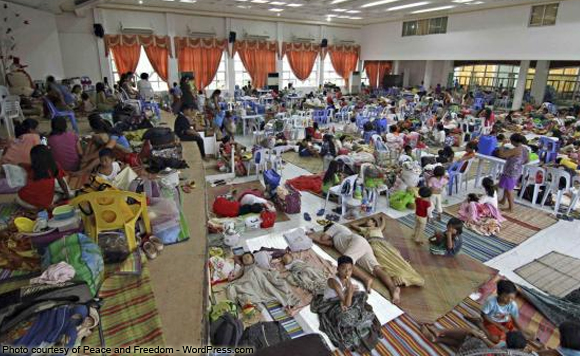 Zero fatalities were recorded in Camarines Norte even as typhoon “Karen” battered the province over the weekend.

Signal no.3 was hoisted in the province Saturday, October 15 wherein some 2,003 families or some 7,521 individuals had to be transferred to evacuation centers.

Despite having no recorded deaths, at least two locals were injured as a result of Karen’s onslaught.

Onrobia was reportedly hit by a wayward debris on her back while Buenaflor was electrocuted.

Both were taken to the Camarines Norte Provincial Hospital (CNPH) where they are now recuperating.