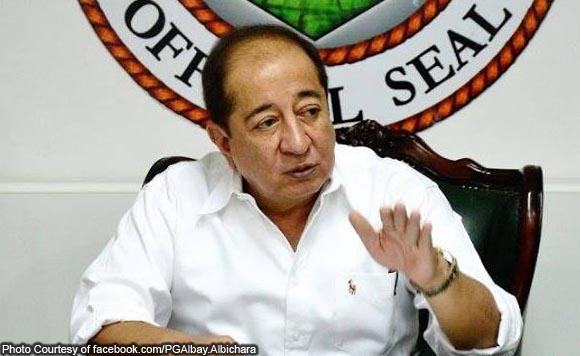 Money matter dominates the discussion in the 1st Provincial Development Meeting Friday (October 14) among Albay politikos under the new administration.

Governor Al Francis Bichara presided over the meeting, which included the city and municipal mayors of Albay and the department heads of the Provincial Government.

The politikos discussed their Annual Investment Plan (AIP) for the year 2017 as they laid out their plans and projects for their areas and responsibilities in the promotion and development of the province.

The AIP is the basis for the budget allocated for the province and the cities and municipalities encompassed.

In his message, Governor Bichara discussed the different expenses that the province will incur, including the payment for loans accrued during the previous administration.

“We need to find other avenues to increase our revenues, that is why we will develop a comprehensive tax mapping project so that we will have more funds to work with,” Bichara said.

The Governor has also tasked the Sangguniang Panlalawigan ng Albay to review the Provincial Tax Code to find ways in supplementing the Province’s budget.

Bichara also reported that he has consulted with the country’s top urban planner, Palafox Associates, in the development of Albay, preparing it for inclusive growth for future investment and improvement.

“We have to act now, planning is key so that Albay will be prepared in the future,” said Bichara.