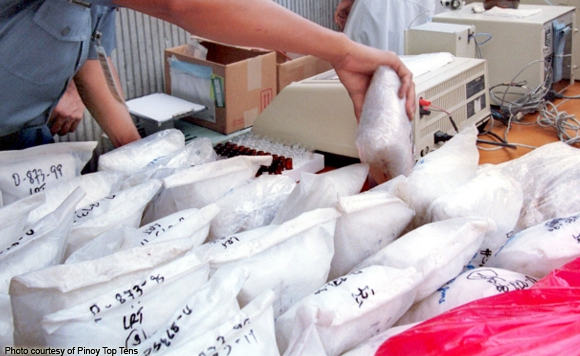 A woman who has been marked as the “top priority target” of Daet, Camarines Norte, in the Municipal Police Station’s (MPS) anti-drug campaign has been arrested.

A Camarines Norte News report identified the suspect as Jocelyn Arana, 37, married. She is ranked no. 1 in the police’s “Top 10 Priority Targets.

The suspects yielded a total of 13 heat-sealed plastic sachets of suspect shabu and P2,440 in cash.