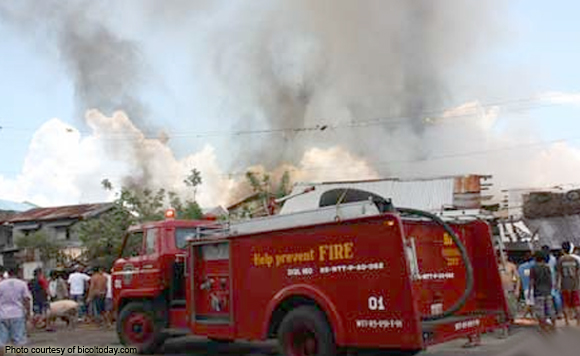 Are government firefighters in Masbate City ill-equipped to respond to fires?

This appears to be the claim of the Media Community Development Broadcasting Network (MCDBN)- Masbate in a report posted on their Facebook page over the weekend.

According to the observations made by MCDBN during the local Bureau of Fire Protection’s (BFP) response to a residential area blaze last Tuesday, October 4, the equipment used by the firemen were allegedly “decrepit”.

This included water hoses that were riddled with holes.

If such assessment is accurate, then it could prove worrisome for city folk as the upcoming holiday season always carry increased risk of fires.

An overheated electric mosquito swatter which was plugged to a wall socket reportedly triggered the fire.