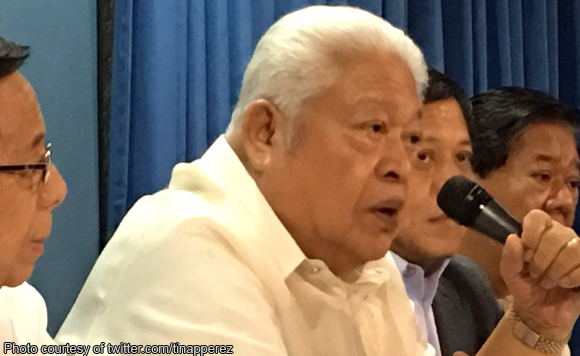 There were so many mistakes in the just-concluded House inquiry on the New Bilibid Prison (NBP) drug trade issue, it was laughable.

“It is a comedy of errors. The witnesses who are either inmates or NBI agents or officials were all under the jurisdiction of the Secretary of Justice (Vitaliano Aguirre II),” Albay Rep. Edcel Lagman told a press conference Tuesday, October 11.

According to Lagman, the purpose of the inquiry was to simply tie former Justice secretary and now Senator Leila de Lima to the NBP illegal drug activities.

The Congressional probe lasted four hearing dates, all of them running in excess of eight hours each.

It should be noted that Aguirre himself has insisted on the complicity of De Lima even during the course of the House proceedings.

“I think he (Aguirre) admitted that he was privy to the preparation of affidavits. Any case will be referred to him,” Lagman noted.