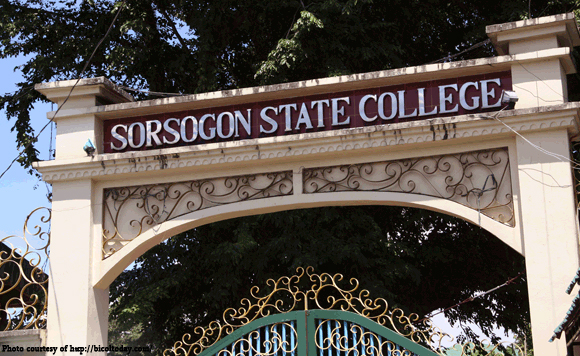 Suffice it to say that Bicolanos kicked ass during last month’s Mechanical Engineer Board exams.

This, after three locals landed in the Top 10 of the licensure exams which was conducted last September 28, 2015.

Entering at the lofty number 2 spot was Edcel Reblora Fortes, a product of the Sorsogon State College (SSC). Fortes garnered a rating of 89.40 percent, just .75 percentage points below the topnotcher.

Meanwhile, ending up at number 8 is Aldrin Villaflores Avila of the Camarines Norte State College (CNSC) in Daet. Avila received a 88.85 percent rating.

A Camarines Norte News report bared that CNSC posted an impressive 91.67 percent passing rate at the exams. This means that 22 out of the 24 exam-takers from the college actually passed.

Tied for eighth place with Avila was Earl Medallon Buemia, a graduate of Bicol University-Legazpi City in Albay.

According to the Professional Regulation Commission (PRC), a total of 3,110 out of the 4,470 who took the licensure exams nationwide passed. 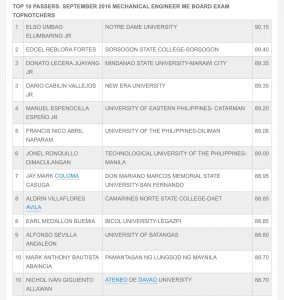