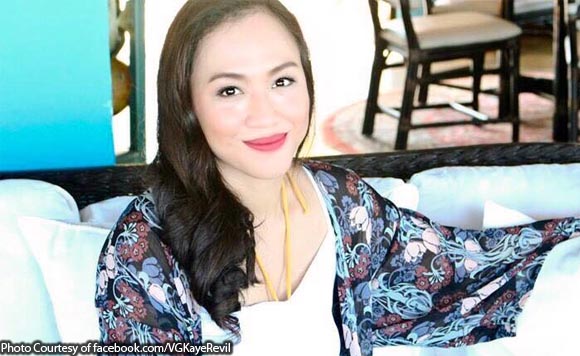 This, in a nutshell, was the message that Masbate Vice Governor Kaye Revil intended to tell President Rodrigo Duterte during her first encounter with him at a recent event in Makati City.

However, the two politikos didn’t get a chance to talk, thus prompting Revil to take her thoughts to Facebook.

“It was my first time to see the President Duterte at the Sulong Pilipinas Local Governance Series. The PSG was quite strict in briefing us before he came to not initiate any conversation to him once we approach by group for photo ops. This is for time management which we completely understand,” she recounted.

“If given the chance though to tell him something, I would like to say to him that God has a reason for putting him in the highest position of our land & among those I believe is to enable dreams of his people,” Revil said.

“Because though the President may not want anything more else for himself or that he has nothing more to prove, there are more than 100,000,000 of Filipinos looking forward to a much more brighter future,” said the outspoken vice governor.

According to Revil, Filipinos yearn for not only a drug-free society, but one that is free from poverty and hunger, one with decent jobs, gender equality and access to quality education, among other things.