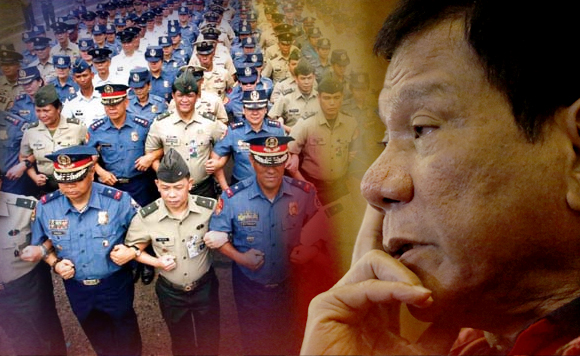 0 626
Share
Want more POLITIKO News? Get the latest newsfeed here. We publish dozens and dozens of politics-only news stories every hour. Click here to get to know more about your politiko - from trivial to crucial. it's our commitment to tell their stories. We follow your favorite POLITIKO like they are rockstars. If you are the politiko, always remember, your side is always our story. Read more. Find out more. Get the latest news here before it spreads on social media. Follow and bookmark this link. https://goo.gl/SvY8Kr

Albay first district Rep. Edcel Lagman insinuated Wednesday (October 5) that President Rodrigo Duterte’s dangled pay increase for members of the military and police is meant to keep them reined in.

“I am not against an increase in the rates of combat duty pay and combat incentive pay to the Armed Forces of the Philippines (AFP) and extending the same allowances to the Philippine National Police (PNP) personnel,” Lagman said.

“If the increases in bonuses and incentives are adequately reasonable, then they can be said to be an apt recognition and remuneration for services like combat duty.

“However, if the increases are inordinately huge, then this can be akin to buying the loyalty of uniformed officers and personnel of the Armed Forces of the Philippines and the Philippine National Police for ulterior reasons,” the former House Minority leader noted.

For pundits, these “ulterior reasons” may have something to do with preventing a coup d’etat.

Lagman pointed out how Duterte’s Executive Order (EO) No. 3 called for astronomic increases in combat duty pay, among other things.

Lagman reckoned that the increase in the allowances of AFP and PNP personnel “should not be to the detriment of other civil servants”.

He said the likes of government doctors and nurses, social workers, public school teachers and barangay health workers have tasks that are just as important as soldiers and cops.