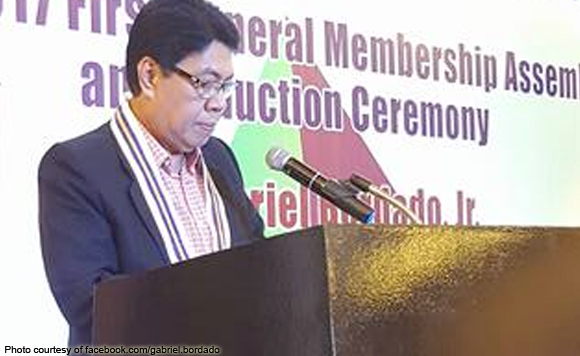 On his Facebook, the rookie solon shared the message released by the women members of the House of Representatives (HOR) on the subject of the planned showing of Senator Leila de Lima’s alleged sex video in next week’s public hearings.

“I FULLY SUPPORT THIS STATEMENT,” Bordado wrote–using uppercase letters for intensity–ahead of the congresswomen’s message.

“The plan to show an alleged video of a Senator in the performance of a human act has nothing to do with what the House Committee on Justice is investigating. Furthermore, doing so is clearly illegal,” the message read.

It likewise stressed: “As women, we take offense in any action that intends to shame and demean us, regardless of being citizens or Senators. Let us not allow this to happen in our House, which has built a strong image as a protector of women’s rights and welfare.”

Bordado is a protégé of the beloved late Interior Secretary Jesse Robredo. Bordado served as vice mayor during the years that Robredo was Naga City mayor.

On Wednesday, House Speaker Pantaleon Alvarez, a staunch supporter of President Rodrigo Duterte, said he sees nothing wrong with the showing of the sex video in the upcoming Committee on Justice hearings.

De Lima is a vocal critic of Duterte.

The panel inquiry is about the lady senator’s alleged involvement in the illegal drug trade within the New Bilibid Prison (NBP) in Muntinlupa City.