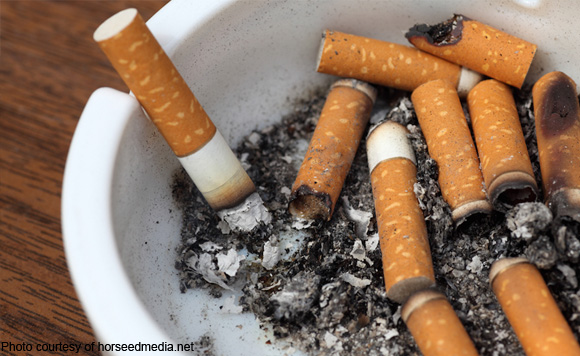 Cigarette packs with fake tax stamps are apparently a thing in Pasacao, Camarines Sur, much to the chagrin of local Bureau of Internal Revenue (BIR) officials.

The proliferation of fake cigarette tax stamps in the first-class municipality was acknowledged by cigarette distributor PTTI, which local authorities confronted.

A Bicol Mail report Thursday (September 29) particularly quoted one Rene Villar, a PTTI representative, as saying that fake cigarette tax stamps were really “going around”. He was reportedly quizzed by a team composed of the BIR, police and local government.

The distributor claimed that it didn’t sit on the matter. According to the same report, Villar informed the National Bureau of Investigation (NBI) about their source of the cigarettes with fake tax stamp.

But how did authorities know which distributor would squeal about the offense ? They actually conducted a surprise inspection at Fajardo’s Store and found a cigarette pack with a fake stamp.

When they tracked down the distributor, it turned out to be PTTI.

Ordinance No. 060 of the Camarines Sur Provincial Board penalizes distributors of cigarettes with fake cigarette stamp with fine of P1,000 for the first offense, P3,000 for the second offense and P5,000 for the third and subsequent offenses.