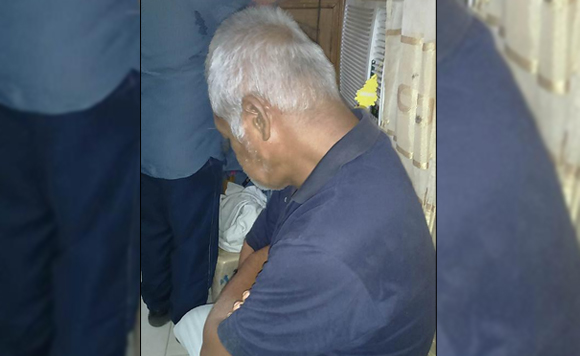 The no.7 most wanted drug suspect in the town of Mercedes, Camarines Norte has fallen in the hands of anti-narcotics operatives.

However, his ranking in the drug watchlist is not the most shocking thing about suspect Jaime Villamor Tayo, alias “Jimbo”.

It turns out that the drug peddler is already a senior citizen at 61 years old. Tayo, a widower, resides at Purok 3, Barangay 7, Mercedes, Camarines Norte.

It was during the buy-bust that Tayo was nabbed. He yielded eight small sachets of shabu.

Violations of Section 5 and 11 of Article II, Republic Act no.9165 (Comprehensive Dangerous Drug Act of 2002) were filed against the elderly pusher.