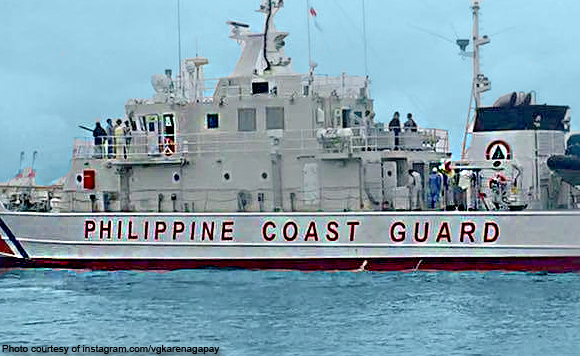 In a resolution resulting from the motion of Provincial Board Member Lorenzo Templonuevo Jr., the key Philippine Coast Guard (PCG) and Marina officials have been asked by the Council to enforce “the strict implementation of the rules governing the carriage of dangerous and/or hazardous cargoes or goods for ships plying the Catanduanes/ Tabaco VV Route”.

The Board Members took the action in the light of reports that inflammable liquids such as fuel have been haphazardly carried aboard the vessels.

Worse, these instances have apparently occurred sans the awareness of the boats’ passengers.

“Whereas, it has been noted that there had been occasions that (in)flammable cargoes such as gasoline and diesel contained in non-specialized (in)flammable liquid vessels are haphazardly stowed and brought aboard the ferry boat/s without any concern to the danger it poses to both passenger and ship.

“These highly (in)flammable and volatile liquids, most of the time, are not properly labeled to the detriment of the passengers having no knowledge they are travelling WITH hazardous/ dangerous cargo/es putting their lives in (a) precarious situation,” the resolution read.

Catanduanes Governor Joseph Cua’s office was also furnished a copy of the document.