From China with love: Catanduanes to reap benefits of Guv Cua’s Jinjiang trip 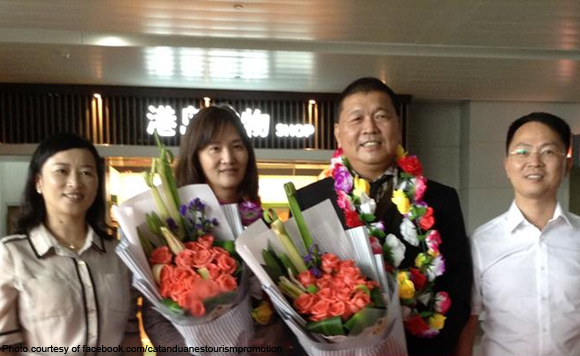 The provincial government of Catanduanes is eager to benefit from its takeaways in Governor Joseph Chua Cua’s just-concluded official travel to Jinjiang, Quanzhou City, in the province of Fujian, China.

This, as the Capitol announced Cua’s return from the four-day trip, which resulted from the invitation of the city government of Quanzhou and the Filipino Chinese Chamber of Commerce and Industry.

Catanduanes’ Provincial Tourism Office in particular described the governor’s trip as a “big opportunity to promote the province and learn to replicate the best tourism practices in the city of Jinjiang”.

It said that this would lead to the “designing [of] programs for the upscaling of tourism development initiatives in the province of Catanduanes”.

The politiko was invited by the city government of Jinjiang so he may receive recognition for his “unparalleled contribution in laying the foundation for strengthening the ancient friendship between the Philippines and China”.

The shrine was built to commemorate Dr. Jose Rizal’s Chinese ancestral roots which is said to be linked to Chinese trader Cua Yi Lam.

Cua Yi Lam originated from Sionggue Village, where the great-great grandfather of Governor Cua also came from before migrating to the Philippines.