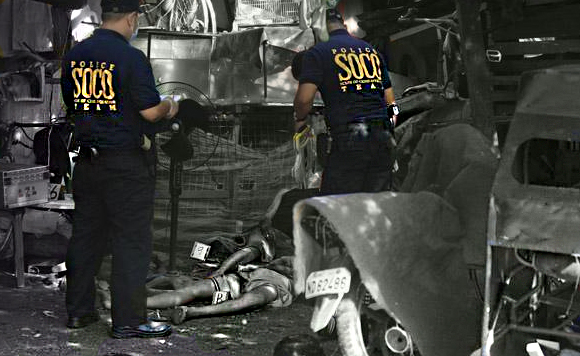 Some 59 people have now been slain in police operations against illegal drug suspects in Bicol, figures from the Police Regional Office in Bicol (PRO-5) showed.

Senior Insp. Ma. Luisa Calubaquib, PRO5 spokesperson, said over the weekend that the fatalities came as a result of legitimate police operations under OPLAN Double Barrel.

Among those killed were the four suspected drug pushers who during a buy bust operation by anti-narcotics cops in Naga City, Camarines Sur last Thursday (September 22).

Meanwhile, Calubaquib bared that Double Barrel has also resulted to the arrest of 584 drug suspects as of September 22.

Records of PRO5 showed there were 45,139 surrenderers in the illegal drug campaign from July 1 to September 22.