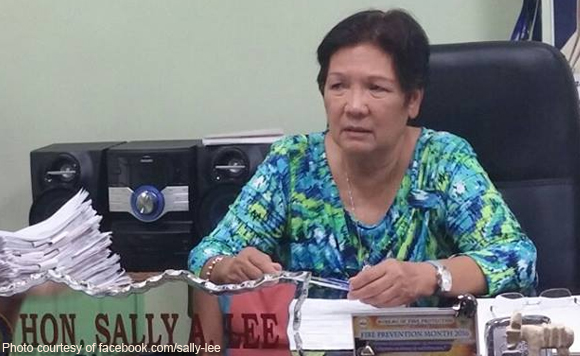 This, after the water connection project from Orok in Inlagadian, Casiguran to Cabidan, Sorsogon City, Sorsogon was reported to have been completed.

The project was funded by the province’s own, Senator Chiz Escudero.

With the project’s completion, Lee said the time is ripe for the Water Districts of Sorsogon and Casiguran to discuss the improvement of its water supply for locals, particularly those living in the city’s East District.

The mayor’s office intends to formally request the Casiguran Water District and Sorsogon City Water District (SCWD) to give for free or at the very least sell water from Orok going to SCWD at a very low rate.

This would allow the latter to charge a very minimal water utilization fee from city folk.

Lee thinks that such a proposal is plausible given the fact that the two concessionaires won’t have to spend a centavo for the pipeline anymore, thanks to the senator. The lady politiko also believes that was what Escudero wanted to facilitate in the first place.

The barangays of Abuyog, Buhatan and Cabidan are expected to benefit from the proposal, since the pipeline traverses these villages.