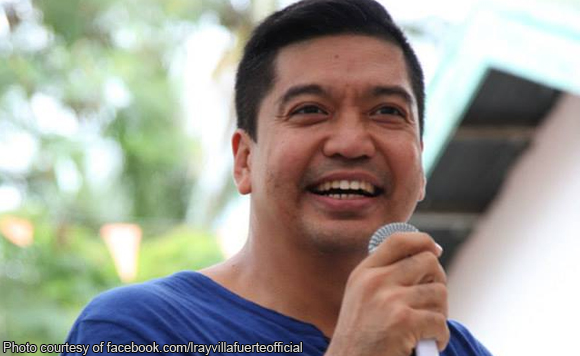 Looks like Camarines Sur Representative Luis Raymund “LRay” Villafuerte Jr. would have to pack his bags and leave.

This, after the House of Representatives decided to comply with the directive of the Sandiganbayan Fifth Division which ordered Villafuerte suspended for 90 days.

Usually protective of its own members against suspension orders from courts, the House informed the Sixth Division last Tuesday (September 20) that it will impose the court’s September 7 resolution which ordered the suspension.

In the past, Congress usually invokes that it has sole authority to suspend any of its members.

Villafuerte had earlier filed a motion for reconsideration, saying his suspension would deprive his constituents of his service.

Villafuerte is facing three counts of graft before the Sixth Division over the anomalous fuel deal in 2010 when he was still governor of the province.

Under the charges, Villafuerte made purchases from the Naga Petron Fuel Express Zone in 2010 amounting to P20 million for the fuel needs of the provincial government.

The Office of the Ombudsman filed the cases after learning that the deal did not undergo the required public bidding.

Apart from this, the Ombudsman also found that continued purchases were also made even though the first batch of fuel had not yet been consumed by the provincial government.