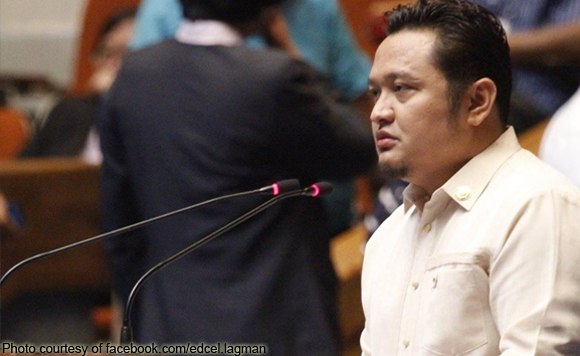 She should’ve seen it coming.

By “she”, former Albay 1st district rep. Grex Lagman was referring to Holywood star Angelina Jolie, who just a day ago broke the Internet when she filed for divorce from her husband, fellow star Brad Pitt.

“The Brangelina split: Angelina Jolie knew that Brad Pitt was married to Jennifer Aniston when she decided to shack up with him,” Lagman said on his Facebook as netizens buzzed over the shocking news.

“So, if ever Marion Cotillard and brader Pete decide to marry, she has been reasonably forewarned. I bet Jen is ROFL,” added Lagman, who is a lawyer.

Actress Aniston of “Friends” fame parted ways with ex-husband Pitt in exactly the same narrative: Pitt had fallen for a movie co-star and hooked up with her.

As noted by Lagman, that co-star was Jolie, Pitt’s partner in the blockbuster “Mr. and Mrs. Smith” in 2005.

Fast-forward to 2016, when Jolie learned via private investigator that “Benjamin Button” was fooling around with Cotillard on the set of their World War drama II flick in London.

Aniston and Pitt had been married for six years when he left her for Jolie. Jolie and Pitt only tied the knot in 2014.

Pitt doesn’t really do tight knots, and Jolie should seen it coming.