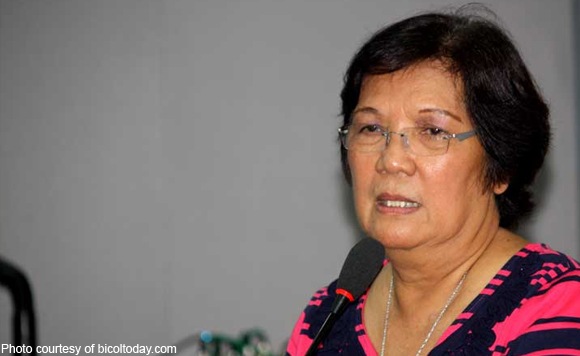 Sorsogon Mayor Sally Lee has ordered the expansion of the local government’s installation of Closed-Circuit Television (CCTV) cameras in the heart of the city.

The directive will be carried out by Victorino “Bitong” Daria, City Traffic and Development Office chief.

The lady politiko gave the order amid criticisms on the purchase of the CCTV cameras. Lee has apparently taken it upon herself to treat the issue as a challenge to further improve public service for Sorsoganons.

The CCTV expansion project is aimed at improving the local government’s monitoring prowess around the city. The cameras will also be an invaluable tool in evidence-gathering as far as crime and security matters are concerned.

Sorsogon’s CCTV system has proven its worth in the past.

Last March, the wife of Moting Lagco, an employee of Sorsogon State College (SSC), managed to get back her lost bag with the help of a CCTV.

A Bicol Today report bared that Lagco’s wife left her bag in a tricycle while she was commuting. She sought help from Daria, who did a quick review of CCTV video shots installed at Burgos Street, Talisay.

When the particular tricycle was identified, the authorities used Sorsogon’s public address system to call the attention of its driver. The lady’s bag was returned shortly.