Usap-usap din pag may time: Lagman says Duterte should get input from Cabinet members, too 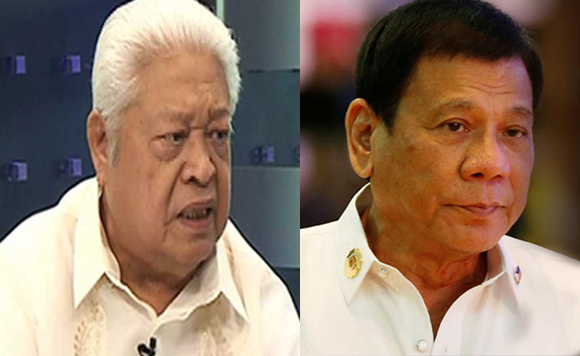 The Albay representative said that this would help the Chief Executive avoid facepalm statements or directives that he might regret later on.

“I think there should be more consultation between President and his men,” Lagman said in a press conference Tuesday, September 13.

The House politiko was reacting to recent “policy statements” made by the tough-talking Duterte, which include his call for the withdrawal of American troops in Mindanao.

“I think there should be a more collective leadership wherein the President would get input from his Cabinet members before statements are made.

“The problem is, statements are always off the cuff and the President’s men would just come to his rescue by apologizing or making clarifications,” Lagman pointed out.

Duterte, 71, has a penchant for ditching prepared speeches and speaking extemporaneously.