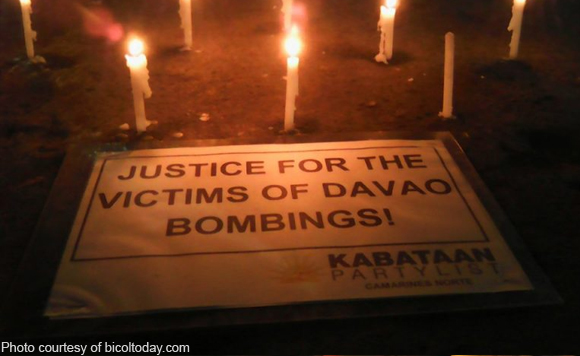 Militant youths in Bicol marked the 15th anniversary of the 9/11 terrorist attack in the United States by lighting candles for victims of terrorism worldwide.

They said the symbolic action was also in solidarity with the victims of the Sept. 2 bombing that killed at least 14 people in Davao City (http://bicoltoday.com/2016/09/12/youths-in-camnorte-seek-justice-for-victims-of-terror-attacks/).

Militants believe the Davao City blast was the work of the Abu Sayyaf bandit group.

But Andaya said their candle-lighting also seeks to highlight the continuing terrorism in the country.