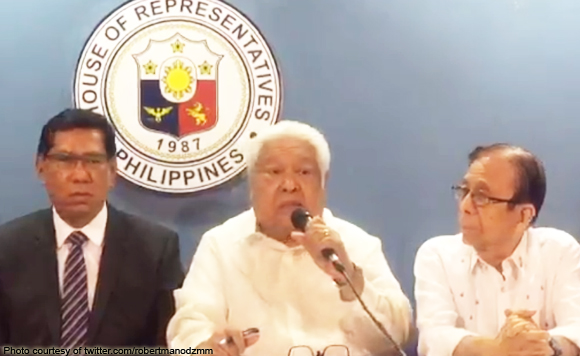 Albay Rep. Edcel Lagman thinks that President Rodrigo Duterte’s mouth is doing more harm to himself than any of the “yellow” politikos at the House of Representatives (HOR) that supposedly want to impeach him.

“In the first place, the majority of the LP members in the House belong to the supermajority coalition which would resist any attempts to impeach the President,” Lagman said.

The Bicolano lawmaker then took a dig at the Chief Executive, who has been grabbing headlines for his controversial statements on foreign policy and personal dealings with fellow leaders.

“It is President Duterte who may be impeaching himself because of his improvident and ill-conceived statements unmindful of adverse or compromising consequences,” Lagman said.

When asked by reporters what these “ill-conceived” statements were, Lagman replied, “you know what there are”.

Most recently, Duterte was reported to have given Indonesian President Joko Widodo the leeway to decide on whether or not to push through with the execution of convicted Filipino drug mule, Mary Jane Veloso.

“Digong” has also reportedly demanded that American troops leave Mindanao in the name of an “independent foreign policy”.