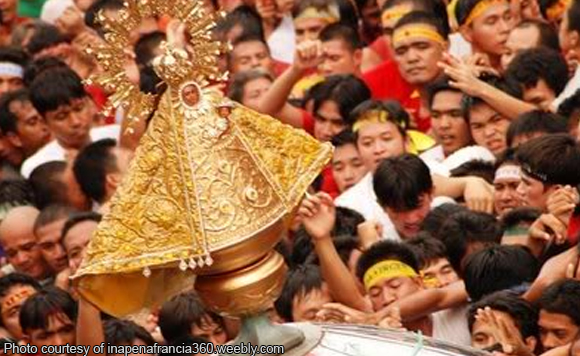 0 720
Share
Want more POLITIKO News? Get the latest newsfeed here. We publish dozens and dozens of politics-only news stories every hour. Click here to get to know more about your politiko - from trivial to crucial. it's our commitment to tell their stories. We follow your favorite POLITIKO like they are rockstars. If you are the politiko, always remember, your side is always our story. Read more. Find out more. Get the latest news here before it spreads on social media. Follow and bookmark this link. https://goo.gl/SvY8Kr

AKO-Bicol party-list Rep. Rodel Batocabe took to Twitter to ask for prayers for the fatality, who has yet to be identified by authorities.

Reports said that a “brief stampede” during the traslacion resulted to the death of the devotee.

Three people who had climbed lamppost during the procession were also reported to have been “accidentally electrocuted”. Authorities are as yet unsure of what triggered the stampede.

The traslacion of the centuries-old Bicol Patroness kicked off the week-long festival, which will culminate on September 17.

Law enforcers have stepped up security in the region for the purpose of the spiritual exercise as well as the prevailing state of emergency in the country.