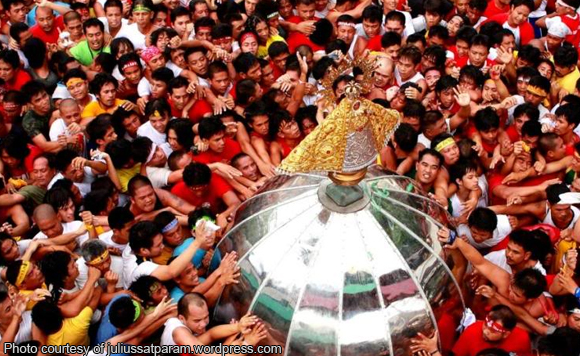 That appears to be the big question after media got hold of an intelligence report saying that an alleged ASG member, “Harit”, arrived in the city Tuesday morning (September 6).

“His exact whereabouts, however, are presently unknown,” read a Bicol Standard report.

The intel leak occurred just days before the start of the week-long Penafrancia fiesta celebration. The Virgin of Peñafrancia is the patroness of Bicol.

It should be noted also that the “Black Friday” bombing in Davao City which killed 14 people last week is still fresh on people’s minds. The ASG, which operate primarily in Sulu and Basilan, claimed responsibility for that attack.

On Wednesday, Philippine National Police (PNP) Region 5 came out with a statement saying that there’s a “possible threat” to the upcoming event.

“The terrorists and other threat groups may take advantage of the festivities to undertake sabotage, raids and other terroristic activities against PRO5 and AFP units/installations to embarrass the government,” it said.

At any rate, authorities are treating the intel report seriously–Senior Inspector Malu Calubaquib confirmed to media that a conference of police officers was held at Camp Simeon Ola in Legazpi City on Tuesday.