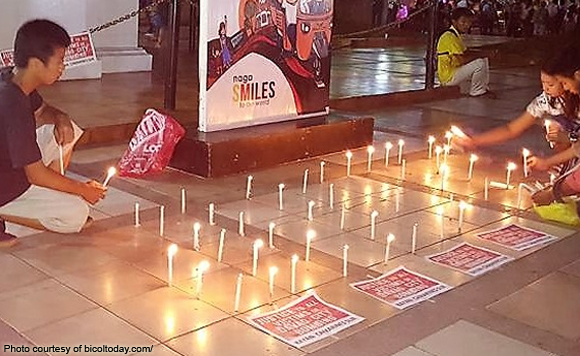 Militant groups in Bicol lighted candles and staged protests to condemn the bombing that killed at least 14 people in Davao City last Sept. 2.

“We express our condolences and sympathies with the families of the bombing victims and with the people of Davao in these trying times,” said the group’s Nelsy Rodriguez.

Rodriguez said Bicolanos must support the call for justice for all the victims of the bombing.

The perpetrators must be made accountable for the incident, she added.

Bayan-Bicol also denounced the alleged planned killing of civilians of the Abu Sayyaf.

In Albay, meanwhile, militants held a protest action in front of a gas station in Daraga town.