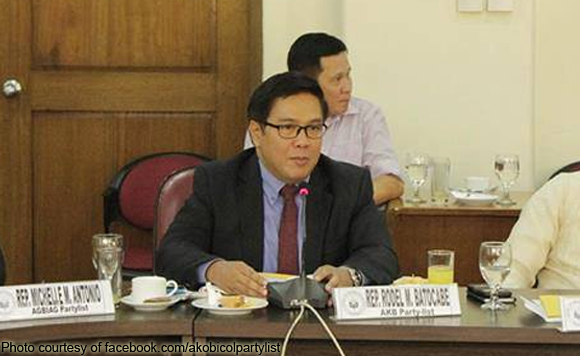 AKO Bicol Party-list has moved to have mining funds declared as public funds and thus, subject to audit by the government.

If passed into law, the bill effectively classifies the mine rehabilitation fund and the reserve fund under The Philippine Mining Act as public funds, putting these funds under the watch of the Commission on Audit (COA).

“No question the mining industry has potential, but it still needs hand-holding, so to speak, and a constant audit on several funds under the Mining Act is one way of ensuring that the money poured into the mining industry goes to the right places,” said AKO Bicol Representative Rodel Batocabe.

He said that this could only be done by putting the mine rehabilitation and reserve funds under the watchful eye of the COA.

Referring to the bill, Batocabe said: “We are doing this to make the funds transparent and accountable…[and] more importantly, we want to ensure these funds are actually used to effectively rehabilitate the mine for the benefit of the host community”.

Under Section 71 of The Philippine Mining Act of 1995, the mine rehabilitation fund shall be used to rehabilitate disturbed areas which suffer damage due to excavations from mining activity. It is a fund worth at least P5,000,000 and the law itself does not provide any mechanisms or auditing body to track where such fund is used.

The reserve fund under Section 85, earmarked for damages suffered by any persons, lands, livestock, and crops due to mining activities, also faces the same dilemma of the absence of an auditing body.