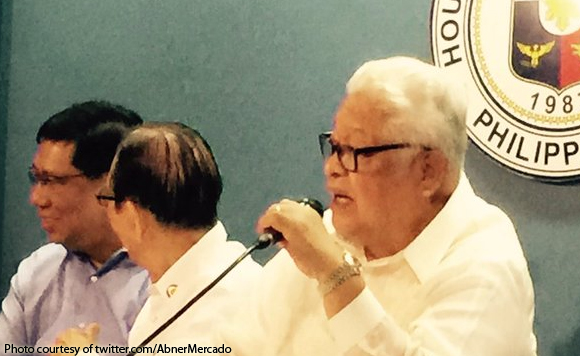 “Firstly, this is declaring a nationwide emergency. In Capiz, Albay, as well as in Samar, I don’t think there is lawless violence. Or there is an emerging pattern of lawlessness that should be avoided from escalating,” Lagman said in a press conference Tuesday (September 6) at the House of Representatives (HOR).

The declaration itself is an offshoot of Friday’s Davao City night market blast that killed 14 people and injured at least 60 others.

“The coverage is rather alarming, it’s nationwide. It’s not limited to Mindanao. The title says ‘Mindanao’ but in the resolutory clause, it says the entire country,” he said.

“Number two,” Lagman continued, while holding a copy of the proclamation order, “it has no limit.”

“No time, no period. It says here, ‘until withdrawn by the President’. Even the Constitution says that there should be a limitation on the exercise of emergency power granted by Congress to the President. There has to be a limit.”

Lagman said that the contrary bodes ill for Filipinos.

“Otherwise it will be a sword of Damocles hanging over the heads of the citizens in perpetuity. These are the points that must be considered.”