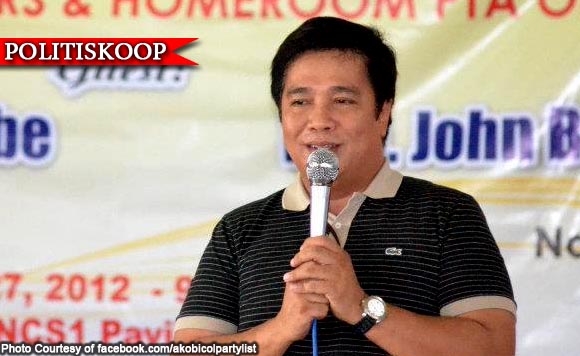 AKO-Bicol party-list Rep. Rodel Batocabe is convinced that the appointment of Barangay officers-in-charge (OIC) during the proposed year-long suspension of the Barangay and Sangguniang Kabataan (SK) polls will end up hurting President Rodrigo Duterte’s popularity.

“Appointment of barangay OICs is a very divisive and controversial move,” said Batocabe, leader of the party-list coalition in Congress.

The politiko said that if history is any indication, the designation of non-elected officials as de facto Barangay leaders would cause a lot of ill feelings on the ground.

“The last time there was a massive overhaul of our local government and barangay officials was way back in 1986 which became unpopular and almost cost the seat of then-DILG (Department of Interior and Local Government (DILG) secretary Nene Pimentel,” Batocabe recalled.

He was referring to the aftermath of the first EDSA revolution wherein then-president Cory Aquino named caretaker-appointees to various positions, including the government.

“It is really hard to forcibly thrust unelected officials to head a barangay especially if such appointee is unpopular and only qualification is being a protégé of a local political kingpin,” Batocabe noted.

The designation of OICs, particularly by the Executive, is being pushed by the Minoroty bloc in Congress.

The village and youth polls are supposed to be held this October, but House Speaker Pantaleon Alvarez wants it deferred for a year.

If no appointment of OICs happen, then the sitting Barangay leaders whose terms will expire on October will get “held over” for another year.

Duterte was elected by 16 million voters last May. In July, he posted a previously unheard of 91 percent trust rating.