Let’s back it up! Guv Tallado sees no problem with ‘state of lawlessness’ declaration 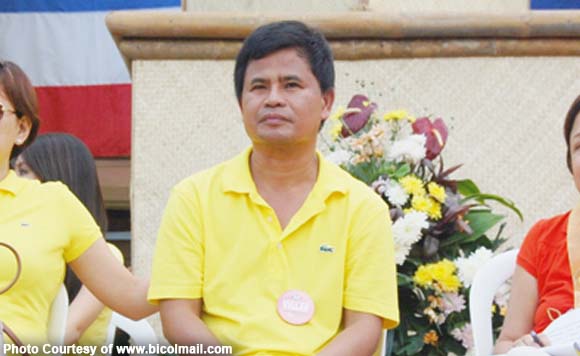 Camarines Norte Governor Edgardo Tallado has qualms about President Rodrigo Duterte’s declaration of a “state of lawlessness” over the entire Philippines.

This, after the Abu Sayyaf Group (ASG) blew up an improvised explosive device (IED) at the Davao City night market on Friday.

“We are shocked and appalled by the bombing of the night market in Davao City that killed 14 innocent people and injured 71 others,” Tallado said on this Facebook post.

“As peace-loving citizens who yearn and support the war against the illegal drugs and criminality, we condemn such heartless act of terrorism against the Filipino people while we rally behind President Rodrigo Duterte’s pronouncement of declaring a state of lawlessness to put law and order across the land,” he wrote.

Some politikos, specifically Minority lawmakers, have expressed both apprehension and opposition to Duterte’s move, which he made a few hours after the deadly blast.

The tough-talking Chief Executive has clarified that his declaration didn’t constitute martial law.

For Tallado, now is the time to unite and be steadfast in the Duterte administration’s battle against illegal drugs and criminality.

“We call on our fellow Filipinos to be vigilant and observant of their immediate localities and report to authorities any unusual and suspicious movement to prevent the occurrence of situation aimed at derailing the initiatives of President Rodrigo Duterte of establishing a society free of illegal drugs and criminality.

“Let us unite behind President Rodrigo Duterte so that this problem will be solved the soonest possible time,” Tallado further said.

Tallado was reelected as governor last May.