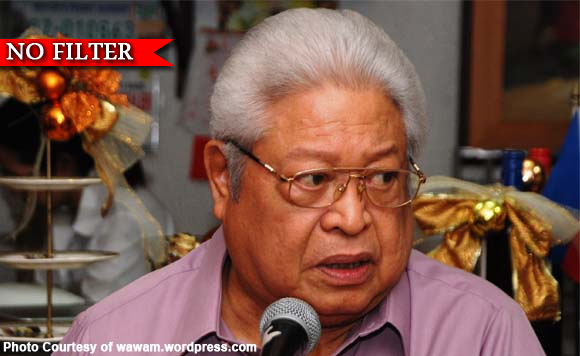 Albay Rep. Edcel Lagman of the Liberal Party thinks the declaration of a state of lawlessness appears to be legally unnecessary and alarming. Here are his four reasons:

‎1) It is a reactive declaration confronting lawless situations which does not confer any extraordinary emergency powers to the President.

2) Without such declaration, the President, as Chief Executive and Commander-in-Chief, can still summon the Armed Forces of the Philippines to suppress lawless violence in any part of the country, cause the installation of police blockages and checkpoints without unwarranted searches, as well as impose limited and reasonable curfew hours.

3) If there is any importance attached to such declaration, it is to convey and stress the resolve of the President to contain and apprehend lawless elements and exercise the powers vested in him.

4) The downside or negative effects of such proclamation are:

(a) It unduly alarms the people of the President’s emerging exercise of extraordinary emergency powers like the suspension of the writ of habeas corpus and declaration of martial law;

(b) Abuses of civil, political and human rights could happen in its implementation;

(c) The nationwide coverage of the declaration projects a grim scenario of countrywide lawlessness, where in fact the overwhelming majority of the areas in the country are peaceful.

The incessant calls for the cessation of these daily incidents of lawless violence have been unheeded.