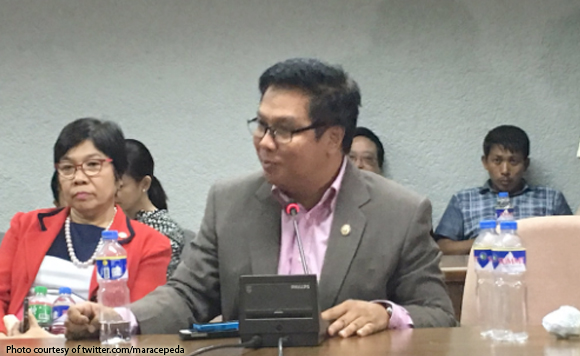 “Once and for all publish these narco-politiko at the barangay level,” Batocabe said Friday (September 2), or a day after DILG Secretary Mike Sueno bared before a House panel hearing just how deeply-rooted the drug problem is.

On Thursday, Sueno said that “many” among the 42,000 barangay captains in the Philippines “have connections” with the illegal drug trade. He basically claimed that it is the drug lords who get to determine who win in barangay elections because of their money.

Sueno told lawmakers that the DILG has a list of these narco-politikos.

“I caution however the good secretary and his men to verify and counter-check their information as anybody can just pinpoint and list politicians who happen to be political enemies,” Batocabe said.