Pampasikip: Over half of Naga jail detainees are drug suspects 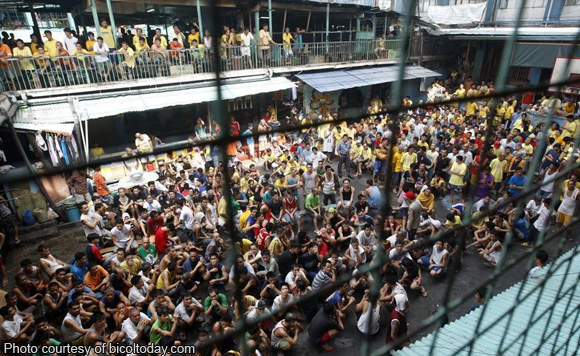 Drug offenders are worsening the already cramped conditions of the Naga City Jail, which is now operating at four times its ideal capacity.

“Based on the standards of the United Nations, we have a 400 percent congestion rate,” Placencia said, noting that jail facility should only handle 120 inmates.

The jail official bared that out of the 493 detainees there, some 261 are have been filed with drug-related charges.

From July to August 23, a total of 2,331 drug peddlers and 39,619 users have voluntarily surrendered under Double Barrel in the Bicol region.

As far as PNP Region 5’s High Value Target operations are concerned, 33 drug pushers who resisted arrest were killed while 333 others were arrested.