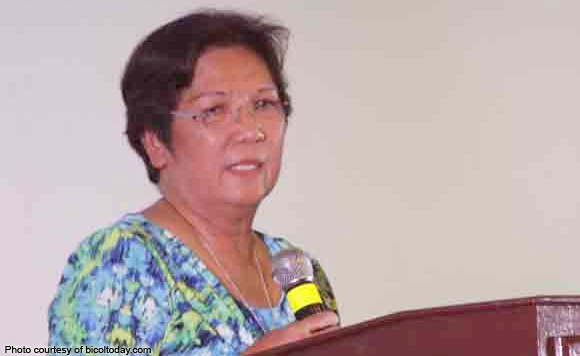 Sorsogon City Mayor Sally Lee has a lot of explaining to do when it comes to the local government’s emergency assistance budget.

Lawyer Ferdinand Laguna, in his column on Bicol Today, alleged that Sorsogon’s Aid to Individuals In Crisis Situation (AICS) budget for the entire year–that’s P14 million in taxpayers’ money–has been nearly used up.

“Based on official documents, the amount of 12.5 Million Pesos for Aid to Individuals In Crisis Situation (AICS), the budget allocated for our kababayans who are sick, or are in emergency situations, is already GONE as of July 2016!” Laguna wrote.

That leaves a mere P1.5 million for needy Sorsoganons between August and December.

“Has the city been over generous to our less privileged brothers and sisters in the city?” the columnist asked.

“No problem with that if that is so. But what if it it was not? May Mayor’s ‘good public governance’ allow her to report to the public where did the 12.5 Million Pesos go,” Laguna added. #