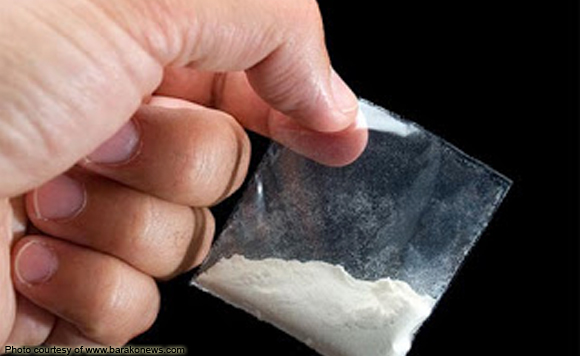 0 489
Share
Want more POLITIKO News? Get the latest newsfeed here. We publish dozens and dozens of politics-only news stories every hour. Click here to get to know more about your politiko - from trivial to crucial. it's our commitment to tell their stories. We follow your favorite POLITIKO like they are rockstars. If you are the politiko, always remember, your side is always our story. Read more. Find out more. Get the latest news here before it spreads on social media. Follow and bookmark this link. https://goo.gl/SvY8Kr

Pregnancy did not stop the niece of a barangay official from selling drugs in Naga City. Neither did it stop authorities from arresting her in a sting operation there.

Seized from her were six sachets of suspected methamphetamine hydrochloride (shabu), drug paraphernalia and P5,000 cash.

Barangay captain Pedro Allan San Juan admitted knowing Lorna had been selling drugs for quite some time, and that her name was on the “drug list” submitted to police.

He also said Lorna had surrendered earlier to the authorities but continued with her illegal activities.

Also, he admitted he had four more relatives involved in the drug trade.

Investigation showed Lorna would get her drugs from Cavite then sell her wares in Naga City.