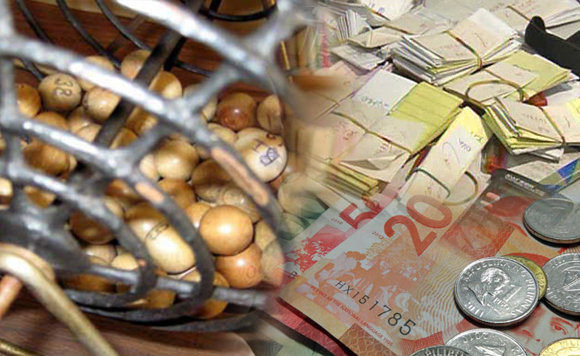 Has an Atong Ang-managed gambling company in Bicolandia been fattening the pockets of politikos with kickbacks from a hybrid illegal numbers game?

The company, Meredien Vista and Gaming Corporation or MVGC, reportedly specializes in a mashup between jai-alai and jueteng called “jai-teng”.

According to a Bicol Mail report, MVGC has been grossly short-changing local governments as far as its monthly remittances are concerned. The report cited sources from the city halls of Legazpi, Tabaco, and Ligao–all in Albay.

Collections for jai-teng are believed to be quite handsome given that draws are made thrice a day.

MVGC ain’t a fly-by-night operation–it has been around since 2009 and is a holder of an Albay Provincial Council resolution (which allowed it to operate in the first place).

Apparently, MVGC is “immune” to law enforcers, too, as it is not unusual for arresting officers to have the tables turned against them.

“Police operatives lamented that the Meredien operation in Albay merely served as a front for jueteng where not a few policemen who were arresting those caught collecting jueteng bets found themselves instead to be charged in court for allegedly collecting bets for Meredien,” the report said, adding that Ang is a key personality behind the firm.

Ang, described as a notorious gambling operator by some, was a close associate of former president Joseph Estrada.

He was tapped as a consultant for jai-alai operations by the Philippine Amusement and Gaming Corporation (PAGCOR) during Estrada’s term.

MVGC reportedly operates in other provinces in Bicol as well.