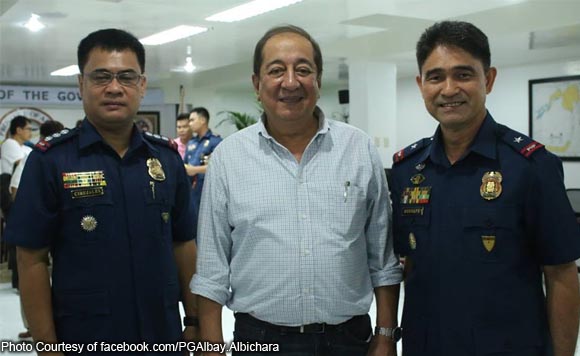 And the rigodon of police officials in the Bicol region continues.

This came at the heels of a changing of the guard at the Masbate Provincial Police Office, where Senior Supt. Jerry Biares is now the new chief. Biares replaced Senior Supt. Alexander Sampaga.

A PNA report said that the Philippine National Police (PNP) revamp in Bicol covered only 30 percent of the 114 police chiefs assigned in the 108 towns and six cities in the region.

The movement reportedly resulted from the initial outcome of OPLAN Double Barrel, which is the name given to the national police force’s aggressive operations against drug pushers.

Earlier, the PNP in Region 5 was reported to have less than satisfactory results in attaining their targets under Double Barrel from July 1 to August 11. (Samantha A. Giron)